he is going home on a train

he is standing at the door.
his hands grasping the side handles.
the wind has whipped his hair for 47 minutes.
the dust worked like spray,
his hair swept to one side of his head
like a helmet gone awry.

stone fragments sting his legs.
his eyes slits against the wind
he watches the sun dissipate behind trees.
if he reaches out he would've felt the leaves slap his fingers.
instead, he puts his leg out
and revels in the strength he has to use to hold it steady.

he hears the sound of the train change.
they have entered a tunnel.
he quickly draws back his leg.
turning to his left he sees the lit windows run
on the wall of the tunnel.
he remembers pointing them out to his father, as a child.

how often they had travelled this way to do the triple somersault.
his heart grows molten and languid
and he struggles to breathe.
years ago his father had pulled him into safety, from this door.
and then lost his footing, fell backwards and disappeared into the wind.
papa? he called softly, tears flattening and cooling on his cheeks.

his limbs feel light.
his fingers hold the bars gently
and he leans foward into the darkness.
he was holding the trapeze bar and he had to let go
to reach his father, his catcher, hanging by his legs in a trapeze below,
his strong arms waiting.

Email ThisBlogThis!Share to TwitterShare to FacebookShare to Pinterest
Labels: moving on, time 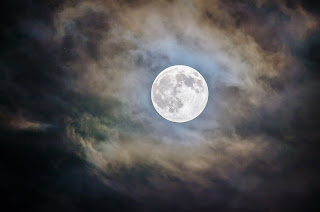